If you have felt like you may have ADHD,...

Empathy is the ability to sense, think, and feel...

When Does Anxiety Warrant Professional Help?

Everyone feels anxious from time to time. Even though...

Here's What Happens to Your Body When You Don't Sleep Enough

Attention Deficit Hyperactivity Disorder (ADHD) is a common attention disorder in the young and adults. In 2020 we saw 366.3 million adults (having a prevalence of 6.67%) get affected by this disorder

The disease is manifested by the patients usually at a young age and is attributed to lapses in neurological (brain) development. ADHD is characterized by an inability to concentrate and stay focussed. However, that is not the only concern for the parents (and loved ones) of the patient.

ADHD patients are more susceptible to drug and substance abuse. That is why early treatment is recommended to save them from addiction. This article discusses whether ADHD treatment prevents the tendency to abuse substances or not.

Before explaining how ADHD treatment prevents substance abuse, it is imperative to understand the syndrome. Children with ADHD present the following symptoms:

Many are energetic and fidgety. They get easily bored and are always finding ways to jump and climb.

A patient with ADHD (adolescent or adult) is inattentive. Children have trouble focussing their attention on tasks assigned at school or at home, while adults can not figure out a way to finish office assignments

This symptom is most evident in the young patients who respond without thinking indicating the high intensity of their emotions. Such patients mostly do not wait their turn and interrupt others too.

Medical professionals are still unclear as to what causes ADHD, however, it is suspected that low levels of dopamine (a neurotransmitter in the brain) and/or lack of proper brain structure development can lead to this disease. There may also be a genetic predisposition toward the disorder as well.

Research suggests that early diagnosis based on dopamine levels in the body can be beneficial in managing it.

Link Between ADHD And Substance Abuse 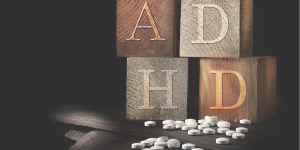 There has been a well-established link between ADHD and substance abuse. A number of young ADHD patients are found falling into drug addiction and abuse. A neuropsychological study found alterations in brain structures of ADHD patients (dorsolateral prefrontal cortex and ventral medial prefrontal cortex) that put them at a greater risk of drug addiction.

It was revealed in a meta-analysis that 23% of substance abusers seeking treatment were found to be attention deficit patients. A detailed study on ADHD and substance use disorder (SUD) highlighted the factors that motivate a diseased individual to take support from drugs. Most ADHD youth has greater emotional and social disturbances paired with academic underachievements. The learning problems combined with academic failures make them more prone.

ADHD youth are more likely to smoke cigarettes and there is a high risk of smoking youth abuse illicit drugs at an early age.

Drug (cannabis, etc.) and alcohol misuse are more prevalent in attention-deficit individuals as compared to their counterparts.

A 2022 study revealed that perturbations in the dopamine system are linked to an increased risk of substance use disorder. This clearly indicates that there is a biological background for ADHD patients being attracted to drug abuse.

Drugs temporarily increase dopamine concentrations in the body, thereby, improving ADHD symptoms. This is why some people feel relieved by unprescribed drugs of abuse.

All these studies and analyses indicate a strong link between ADHD and substance abuse. Now the question arises whether ADHD treatment with medications (stimulants, etc.) can reduce abuse potential?

Psychostimulant drugs are most commonly used to manage mild to moderate attention deficit hyperactivity disorder patients. There has been a lot of debate on the effect of early treatment on drug abuse potential. A large study comprising 674 subjects (young ADHD patients) was carried out to observe the role of stimulant therapy in preventing substance abuse. The pooled data showed a 1.9-fold risk reduction of SUDs in youths receiving treatment versus untreated patients.

A multi-cohort study also advocates the introduction of treatment at an early stage to abstain the teens from gravitating to substance abuse. In this very study, individuals who started therapy at a later stage of life (aged 10-14 years) showed greater odds of abuse as compared to ones taking early therapy (at 9 years or less). Another study found stimulant medicine therapy to be safe for adolescents.

Medicinal interventions in adolescents have been shown to reduce the desire for drugs.

A commonly used stimulant drug atomoxetine, when given for 3-months to ADHD patients led to significant reductions in alcohol craving scores and heavy drinking frequencies.

Boosted Social  Interaction And Self Esteem

The inability to interact socially combined and low self-esteem is believed to be a triggering factor for substance abuse. In addition to the neurobiological background of the disease, patients take support from drugs for their weak interpersonal relationships.

Research shows that treating ADHD is linked to subtle improvements in self-confidence and the ability to interact with others.

Most doctors go for an integrated treatment approach targetting both ADHD and drug addiction in adults. This approach can help prevent the chances of drug abuse in patients but there is limited evidence that early treatment will decrease the risk of abuse/addiction in adulthood.

Attention deficit hyperactivity disorder (ADHD) is an attention disorder affecting both children and adults across the globe. The hyperactive, inattentive, and impulsive patients find it very hard to learn, complete tasks, have a high self-esteem/confidence, and socially interact with other people. The disease is believed to be caused by abrupt brain development and alterations in the dopamine system. Taking drugs (alcohol, cannabis, etc.) calms and soothes the patients temporarily by momentarily increasing dopamine levels. This is why ADHD patients have 1.9 fold greater risk of developing substance use disorders (SUDs). By providing earlier treatment, we can reduce substance cravings, and help patients restore self-esteem and the ability to communicate with others. An integrated approach to treating ADHD with stimulants and countering drug addiction is generally recommended when dealing with adult ADHD patients.